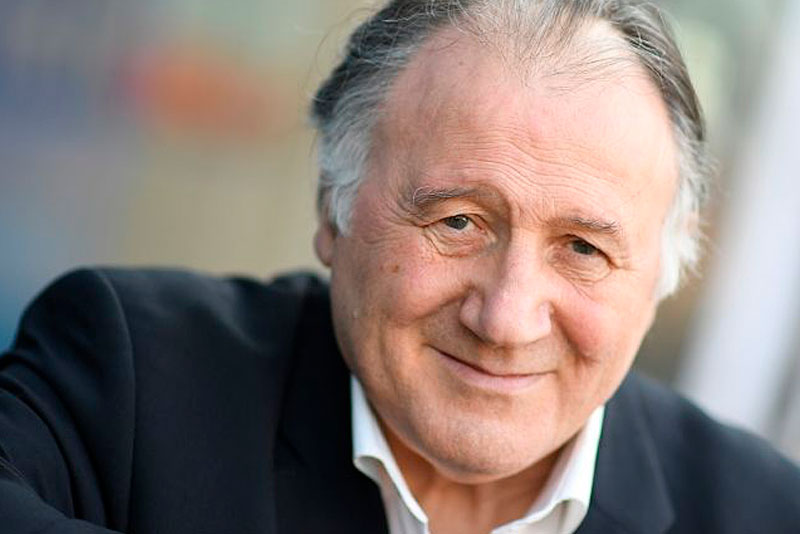 Born in Odessa in 1944, Peter Weibel studied literature, medicine, logic, philosophy, and film in Paris and Vienna. He became a central figure in European media art on account of his various activities as artist, media theorist, curator, and as a nomad between art and science.

From 1984 until 2017, he has been a professor at the University of Applied Arts Vienna. From 1984 to 1989, he was head of the digital arts laboratory at the Media Department of New York University in Buffalo, and in 1989 he founded the Institute of New Media at the Städelschule in Frankfurt on the Main, which he directed until 1995. Between 1986 and 1995, he was in charge of the Ars Electronica in Linz as artistic director. From 1993 to 2011 he was chief curator of the Neue Galerie Graz and from 1993 to 1999 he commissioned the Austrian pavilion at the Venice Biennale. He was artistic director of the Seville Biennial (BIACS3) in 2008 and of the 4th Moscow Biennial of Contemporary Art, in 2011. From 2015–2017, he was curator of the lichtsicht 5 + 6 – Projection Biennale in Bad Rothenfelde.

Peter Weibel was granted honorary doctorates by the University of Art and Design Helsinki, in 2007 and by the University of Pécs, Hungary, in 2013. In 2008, he was awarded with the French distinction »Officier dans l’Ordre des Arts et des Lettres«. The following year he was appointed as full member of the Bavarian Academy of Fine Arts Munich, and he was awarded the Europäischer Kultur-Projektpreis [European Cultural Project Award] of the European Foundation for Culture. In 2010, he was decorated with the Austrian Cross of Honor for Science and Art, First Class. In 2013 he was appointed an Active Member of the European Academy of Science and Arts in Salzburg. In 2014, he received the Oskar-Kokoschka-Preis [Oskar-Kokoschka-Prize] and in 2017 the Österreichische Kunstpreis – Medienkunst [Austrian Art Prize – Media Art], and in 2020 the Lovis-Corinth-Preis. In 2015 he was appointed as Honorary Member of the Russian Academy of Arts in Moscow.

Since 1999, Peter Weibel is Chairman and CEO of the ZKM | Center for Art and Media Karlsruhe and since 2017 director of the Peter Weibel Research Institute for digital Cultures at the University of Applied Arts Vienna.

Peter Weibel was essentially participating in three avant-garde movements during the 1960s: the development of visual poetry, Viennese film formalism, and Vienna Actionism, a term he invented. Beginning in the mid-1960s, he developed the independent extension of film via filmic events and installations, while simultaneously producing a series of conceptual photographic and verbal works. His first videos were produced in 1969, and he achieved an exceptional notoriety with his body- and media-centered works. During the 1970s he created the feature films »Unsichtbare Gegner« [Invisible Opponents, 1976-77] and »Menschenfrauen« [Female Humans, 1980] together with Valie Export, parallel to his works in videotape, video installations, video performances, and further avant-garde films. In the 1980s he began to work with digital media, which was not hard for him given his education in mathematics from the 1960s. In 1974 he published »Studien zur Automatentheorie« [Studies in Automation Theory], and thereby became one of few media artists who were prepared for the digital era. This led to his being invited to replace Hollis Frampton in the Digital Arts Laboratory of the Department of Media Studies at SUNY, Buffalo in 1984, where he taught until 1989 after numerous guest professorships in Canada, Germany, and Austria and participation in many media festivals. During this period he produced many video operas, from »Der künstliche Wille« [The Artificial Will, 1984] to »Stimmen aus dem Innenraum« [Voices from the Interior, 1988], culminating in his videographic masterpiece »Gesänge des Pluriversums« [Songs of the Plural Universe, 1986-88], a narrative of technographic transformation since 1800 using the means of audiovisual special effects. 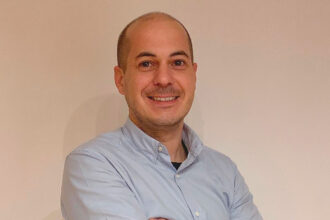 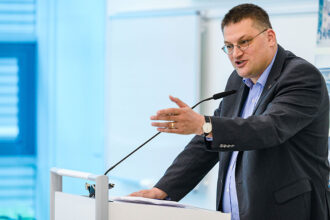 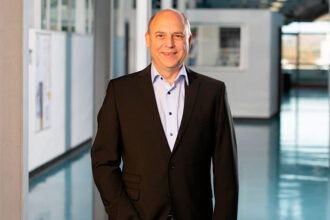 by admin
Scroll up Drag View